A molecule is a set of chemically bonded atoms. The electric charge of the molecules is neutral.

There is a definition of an older molecule that is less general and less precise: "A molecule is the smallest part of a substance that can have an independent and stable existence while preserving its chemical properties and certain physicochemical properties." By this definition there could be molecules with a single atom.

Molecules can be formed in two different ways:

Macromolecules are giant molecules where the bonds between atoms are covalent in nature.

In the case of gases the molecules are animated at room temperature with rapid translation and rotation movements. In the case of solids and molecular fluids there are mainly oscillations around equilibrium positions.

The atoms that constitute the molecules are in geometrically defined positions although inside the molecules there are vibration movements. In this way the discrete molecules have shape and you can speak of distances and of angles of connection. However, these distances and angles are not absolutely fixed.

Characteristics and models of molecules

The number of chemical elements discovered is 116. However, there are two million chemicals identified. For this reason it is important to define the characteristic parameters of molecules as the energy of their bonds, their lengths, their angles and the dielectric moment in addition to molecular geometry.

The most updated valence bond model considers the overlap (axial or lateral) of atomic orbitals of different atoms. This theory is complemented by the introduction of orbital hybridization, which allows explaining the spatial configurations of molecules. The atom is a structure in which matter is organized in the physical world or in nature. It is the smallest particle in which an element can be divided without losing its chemical properties. 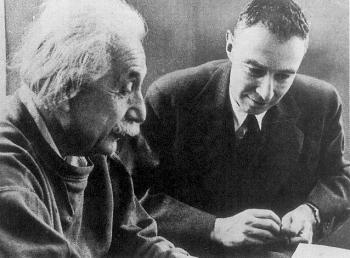 History of nuclear energy. From the discovery of the atom to the first nuclear power reactors.The first time nuclear energy showed up was during Second World War.

Structure Of The Atom The atom is composed of a nucleus and one or more electrons linked to the nucleus. The atomic nucleus is formed by neutrons and protons linked together by nuclear bonds.