What Is a Nuclear Power Plant? Utility and Operation The difference between the different types of electrical installations is in the source of energy: a nuclear power plant takes advantage of the heat released in the nuclear fission reactions of certain atoms (breaks them).

The total energy efficiency of a nuclear power station is between 30% and 40%.

The operating life of a nuclear power plant is generally considered to be around thirty years. The main problem they present is the management of the nuclear waste they generate.

What Are Nuclear Power Plants Used For?

The function of a nuclear power plant is to convert the energy contained in the uranium atoms into electricity.

This type of power plant takes advantage of the energy contained in the atoms of nuclear fuel. The conversion is achieved by splitting the nucleus of one of these atoms, releasing a large amount of heat energy.

With heat energy, electrical energy can be obtained through a process similar to that of any other type of thermoelectric plant. As in a conventional thermal power plant, the heat is used to generate steam that drives a steam turbine connected to a generator that produces electricity.

In the United States, 19% of the electricity Americans use comes from 97 nuclear reactors. It is the highest number in any other country.

There are 444 commercial nuclear power reactors operating globally, with another 54 under construction and 111 planned, especially in China, India, and Russia. The gigawatts of electricity produced for millions of people using these reactors have not emitted air pollutants.

In a nuclear power plant, energy is extracted from the nucleus of uranium atoms by means of their division (nuclear fission). Atoms have internal bonds that link their sub-particles ( electrons, neutrons, and protons). When dividing, these bonds break and release the internal binding energy inside the atom that held the separated particles together. Nuclear fission is caused by an artificial and controlled way. To do this, a neutron is fired at a very large atom. This small particle, at a certain speed, breaks the atom. When the nucleus breaks, a large quantity of energy is released in the form of heat: it is an exothermic nuclear reaction.

Chain reactions take place in the core of the nuclear reactor. Subsequently, a circuit of tubes through which a fluid called a refrigerant circulates will be responsible for transporting the heat generated out of the tank, cooling it. This circuit is called the primary circuit.

The heat obtained from nuclear reactions is transferred to water using a heat exchanger. Water is heated until it boils; water turns into steam at very high pressure. With pressurized steam, the blades of a turbine are made to move. In this way, we have transformed thermal energy into mechanical energy.

The turbine will be connected to an electric generator. The generator is responsible for transforming mechanical energy into electrical energy.

The plant is connected to the electricity grid where it injects the energy generated.

Nuclear power plants are some of the most sophisticated and complex power systems ever designed. Any complex system, no matter how well designed and built, cannot be considered fail-safe. Stephanie Cooke has said:

The reactors themselves were enormously complex machines with an incalculable amount of things that could go wrong. When that happened at Three Mile Island in 1979, another line of errors was exposed in the nuclear world.

One malfunction led to another, and this to another series of errors, until the reactor core began to melt, and even the most highly trained team of nuclear engineers in the world did not know how to respond.

The accident revealed serious deficiencies in a system whose mission was to protect the health and safety of people.

A fundamental issue related to complexity is that nuclear power systems have far exceeded their life spans. The duration of projects from the beginning of the construction of a commercial nuclear power plant, to the safe disposal of its radioactive waste, can last between 100 to 150 years.

There is concern that a combination of human and mechanical errors in a nuclear installation could result in significant harm to people and the environment.

Nuclear reactors can fail in a variety of ways. If the instability of uranium fuel generates unexpected behavior, it can result in an uncontrolled excursion of energy. Typically, the cooling system in a reactor is designed to be able to handle the excess heat that this situation causes, however, if the reactor also experiences an accidental loss of coolant, then the fuel can melt or cause the container to be led to overheating and melts. This event is known as a nuclear meltdown.

They Are Vulnerable to Terrorist Attacks

Nuclear power plants are generally considered "hard" targets, although this is not always the case.

Most likely, the next nuclear plants to be built will be Generation III or III + designs, and a few such plants are already in operation in Japan. The reactor's Generation IV will increase even higher in terms of security. These new designs are expected to be passively safe or very close to that, and perhaps even inherently safe (as in PBMR designs ).

What Is the Nuclear Reactor and What Is It For? 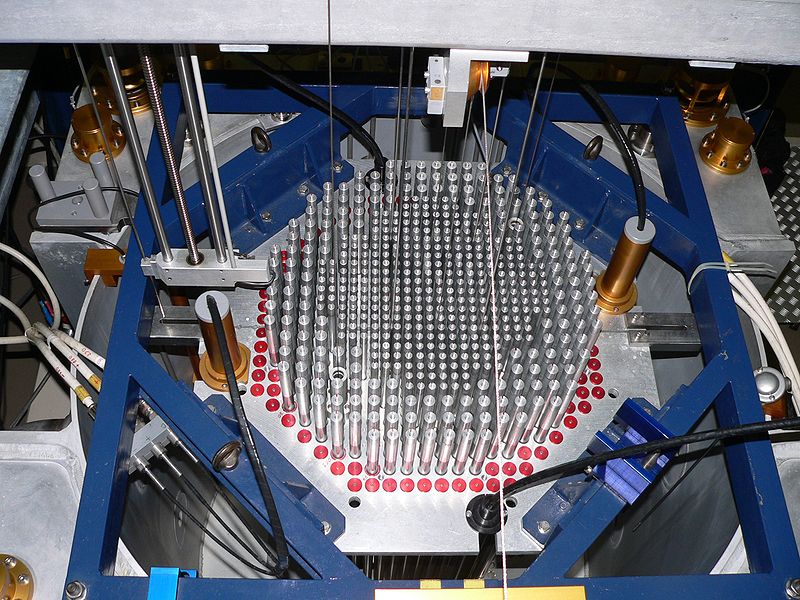 The nuclear reactor is the site where nuclear fission reactions are generated. Ultimately it is a device that produces heat.

In the plant reactor, the chain reaction is started by bombarding an atom with a neutron. Once the reaction has started, it can be controlled in the same reactor by means of the control rods and the neutron moderator.

It is the most sensitive part of the nuclear plant due to the high concentration of radioactive material. Therefore, it is highly protected to avoid a possible nuclear accident.

There are different types of nuclear reactors, all fission, to different nuclear power plants. The UN classifies them as follows:

What Pollutants Are Produced in Nuclear Power Plants?

The environmental impact of nuclear energy is a result of the nuclear fuel cycle, the operation of nuclear power plants, and the effects of nuclear accidents.

Routine health risks and greenhouse gas emissions such as carbon dioxide from nuclear fission power are small relative to those associated with the use of coal, but there are additional catastrophic risks:

How Does a Nuclear Power Plant Work